The North Wales Dragons were in action again this weekend taking on opposistion unknown to us. Fordy’s Warriors were set up in memory of Martin Ford, a stalwart of the North Wales Football scene. Playing as a closing event for the Snowdonia Challenge, the Dragons were looking to make it three wins in a row, but were met by a very capable opposistion. Fordy’s Warriors team contained players from Queens Park, Corwen and Buckley FC to name a few of the Welsh Premier and Alliance leagues players showing their respect to Martin. 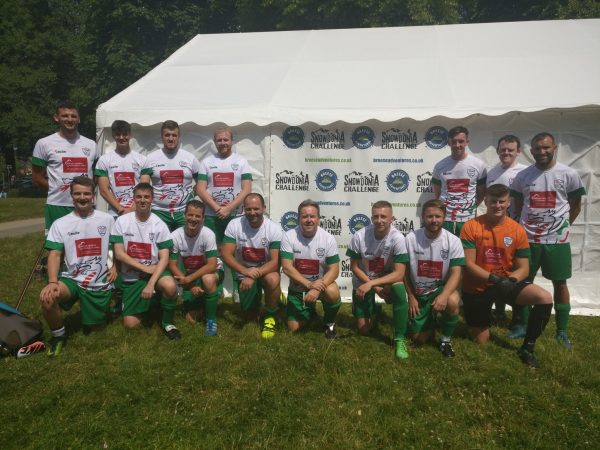 Playing for the Martin Ford memorial shield, the Dragons were at first very underestimated by the opposistion. Showing promising spells against the attacks, new boy Joshua Dale was played a great through ball by Tom King which found the back of the net. Fordy’s Warriors took this as their wake up call and were soon carving ways through the Dragons who were struggling in the heat and on the up of the hill that the Betws-Y-Coed pitch is played on. A wicked bounce in front of the defence saw the first of Fordy’s Warriors goals. The Dragons were to go down another goal before halftime. 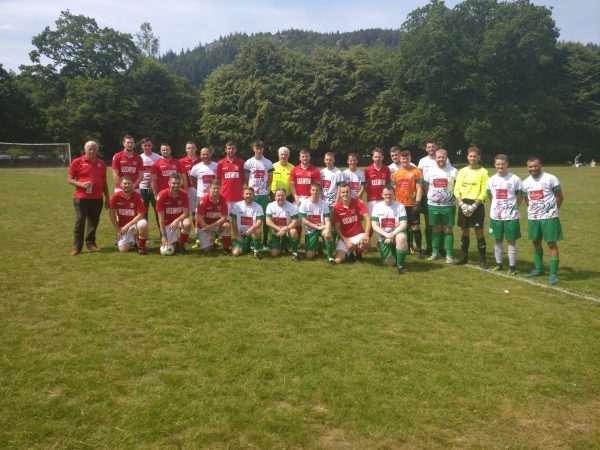 The Welsh Hearts sponsored, exile sports made kits of the Dragons were getting the locals talking at the start of the second half, but a number of injuries and heat exhaustion were to play a big part in the Dragons downfall. The quick attacking Fordy’s Warriors would punish the Dragons twice more before Josh Dale would get his second of the match with a superb pass form the midfield by Joseph Pitts. The fight back would have been on if it was not for an almost immediate reply from Fordy’s Warriors, bringing the final score to 5 -2.