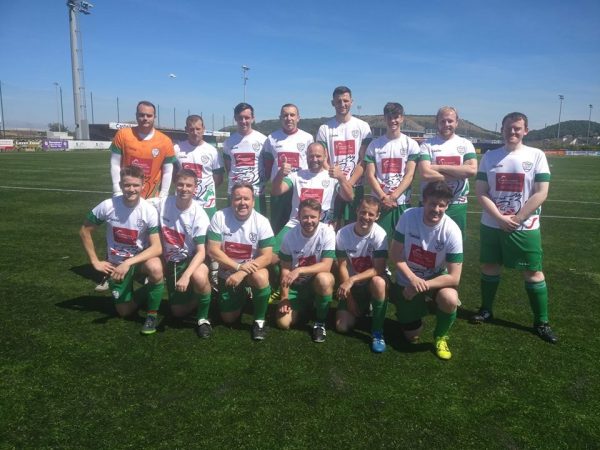 The coastal town of Llandudno was packed to the rafters with holiday makers on the weekend as the North Wales Dragons in their Exile sports made, Welsh Hearts sponsored kit were taking to the field of Llandudno FC’s Maesdu ground. Our opponents for the day were a Chester City FC fans team. Happy and jubilant after watching England’s victory on the big screen in the club house before the match, Chester were looking forward to the off. 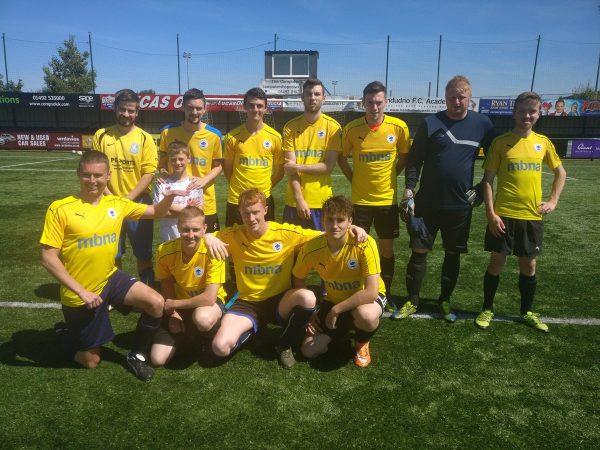 Things did not go to plan for the team in yellow, as they soon found themselves a goal down thanks to a superbly worked goal by Luke Hughes. A free kick to Chester soon had them equalise with a great shot. The Dragons settled down to their own rhythm making Chester work hard to keep the ball and the sun was playing it’s part as the Chester team, down to 11 men were wilting under the heat. The Dragons however, boasting a full side were making use of the revolving substitutes keeping players fresh. The Dragons were in full throttle and kept challenging the keeper which led to a goal by Daymo Barr and soon after a penalty awarded to the Dragons after a foul in the box. David Ashworth opened up his Dragons account from the spot with a no messing power shot making it 3 – 1 at half time.

Chester Supporters came out for the second half with a renewed fire for the match. This was soon put out as the Dragons were awarded another penalty, powerfully dispatched by David Ashbrooke. The Dragons were soon a man down as a coming together between two players caused the two captains of the team to discuss what should happen. A gentleman’s aggreement was made that one player would go off for the rest of the game. The extra player pressure soon paid off as Chester managed to squeeze a goal in. This pressure in the end soon trailled of and the Dragons comfortably brought the game to an end bringing the final score North Wales Dragons 4 – Chester Supporters FC 2