The Annual Dragons Invitational tournament took place this weekend. The fundraising tournament which see’s 7 sides face each other in a league format, took place on the ground of Llandudno FC.

Mersey Thunder, Wirral Radio and Tranmere Rovers Staff all returned to the tournament along with the current holders Llandudno FC. Joining us this year were Rydal Penrhos School and a young squad CPD Tal-Y-Bont. 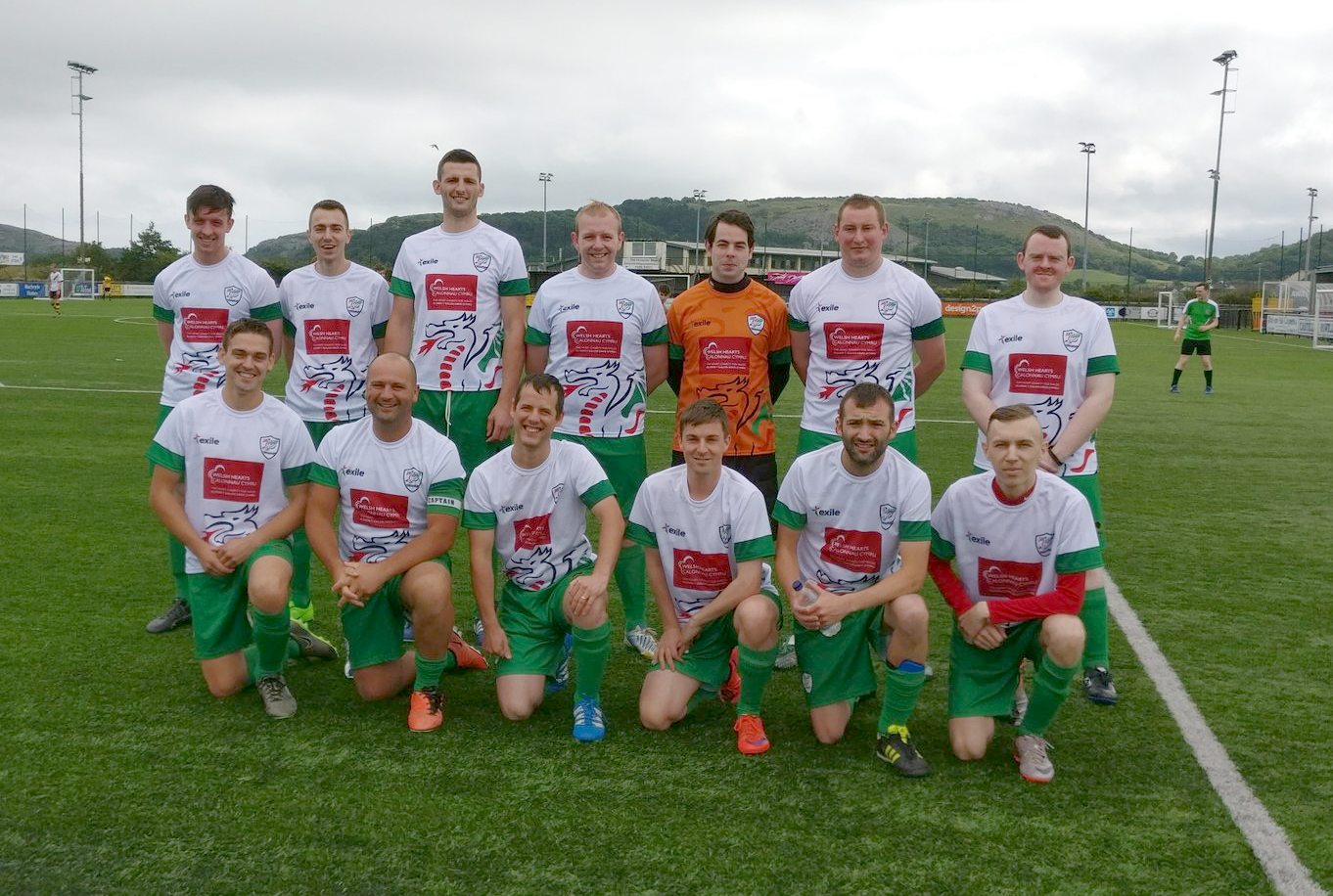 The Dragons debuted there brand new Exile Sports made Welsh Hearts sponsored kits for the first time as a team. These kits soon had quite the few comments and will be available soon from our online shop. The squad this year had a few changes from last years tournament, with the Friday night football training bringing new faces ready for their first big challenge.

The Dragons had gone on a 14 game unbeaten record but were finally stopped by the runners up, Wirral Radio. Rydal Penrhos was a hard fought 0 – 0 draw to start the day off. Tranmere Rovers Staff fresh from their world record breaking 50 hour football match was the start of the Dragons scoring coming out 4 – 0 victors. A much changed side from last years championship winning team, Llandudno saw 2 goals put past them. CPD Tal-Y-Bont were a pleasure to play against, the young squad have quite the few bright stars of the future to look out for. The Dragons managed to get 2-1 ahead but a late goal from Tal-Y-Bont ended the game as 2-2. Mersey Thunder were next in the Dragons sights, rivals of old, this squad set up by Dragons Co-Founder Steve Roberts also features 3 others players who play for the North Wales Dragons. A tough game saw the Dragons get a 2-0 win over the soon to be crowned champions of 2017. Wirral Radio were our last match of the day, a close game that could have gone either way, both teams had to win to be with in a chance of getting the trophy if Mersey Thunder were to have lost against Rydal Penrhos. The Dragons were to get caught out with a four on two counter attack which saw Wirral Radio net the only goal of the game.