North Wales Dragons were once again on the road this year with a long away trip to South Wales. Taking a bare bones squad on the near 5 hour car journey the Dragons in their Welsh Hearts Sponsored, Exile Sports made kits were looking to continue their recent success while travelling. The Dragons were boosted by 3 players from Gobaith Cymru FC, goalkeeper Daryl and the midfield duo of Skip and Cullan

Surrounded by the Mountains of Tonypandy, the Dragons felt right at home on the 3G pitch. Similar in size to our home ground, the patched up team of 9 years were against new opposition of only 3 games experience in Gobaith Cymru FC. The team in yellow and green were to prove a great match up over the next 90 minutes. 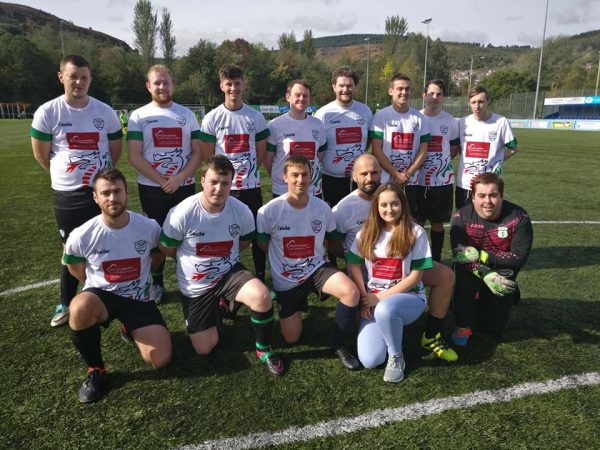 The Dragons were put under pressure early on, with Gobaith taking a high line against the squad, they were however met by a mighty back four of Craig Berry and Ste O’Neill along with new squad members Charlie and Jordan Jones. In front of the back four was Stuart Howles fresh from his man of the match performance at Nottingham, he was keen to get the Dragons moving up field with bursts forward. A midfield two of Martin Anderson and Gobaith loanee Cullan were occupying the wings while Josh Turner took up his favoured role of centre attacking midfield. Gareth Roberts and Cambell Williams took up the strikers roles. The Dragons after a busy 10 minutes settled into a rhythm and were soon pressing higher with Cambell Williams having a shot which hit the underside of the bar but deemed not to have crossed the line when the ball was back in the keepers arms. Josh Turner was next to have an attempt at goal but an oncoming challenge saw the shot blocked. Rob O’Leary and Skip came on for Gaz and Josh with 15 minutes gone and were soon making themselves known as Rob would come close to opening his goal tally for the Dragons. The half was certainly a battle of the defences with Dragons loanee keeper Daryl able to pick up the pieces when the ball did get through the line.

The second half brought a change of formation for the Dragons and Gobaith. Gobaith had decided to switch to a more attacking 4 – 3 – 3 while the Dragons decided to go for a more defensive view. It would be this change that would see the guys in white bring on a whole new level for the game. Quick breaks with Cambell leading the charge were met with some great challenges and a couple of penalty shouts which were denied by the referee. Cambell however would get another chance to show what he can do when Kyle King passed the ball to Martin Anderson who weighted a lovely ball to the feet of the now stand alone striker, who rounded the out coming keeper and slotted the ball home just in front of a defender who was running back to clear the line. The Dragons now had the goal they needed and settled down for what would be a long 15 minutes of challenges from Gobaith. The Dragons going for the route one outlet were unlucky on several more occasions but would finish the match 0-1 victors. 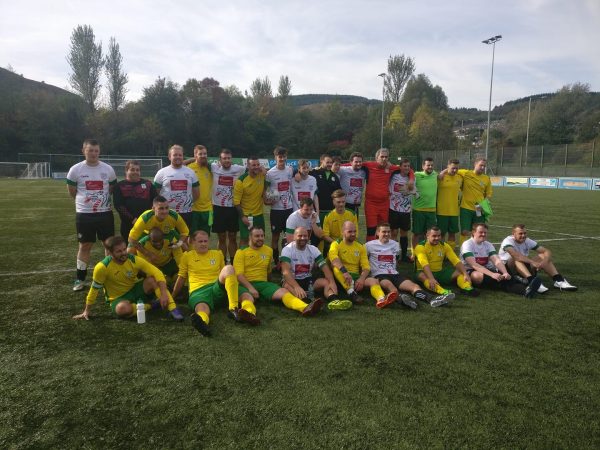 A huge thanks to Gobaith Cymru FC for inviting us down for a game. We wish you all the success with the team and look forward to having you down on the coast next year

The team for the match