Your North Wales Dragons were in action again this weekend in their Wales and West Housing sponsored kits, taking on Merseyside Thunder.

The match which has a good rivalry already due to the fact Merseyside Thunder was created by Dragons Co-Founder Steven Roberts, taking with him some of our Liverpool based players but there was an added factor to the match, a trophy in the name of a dear friend of the Dragons family, David Jones. 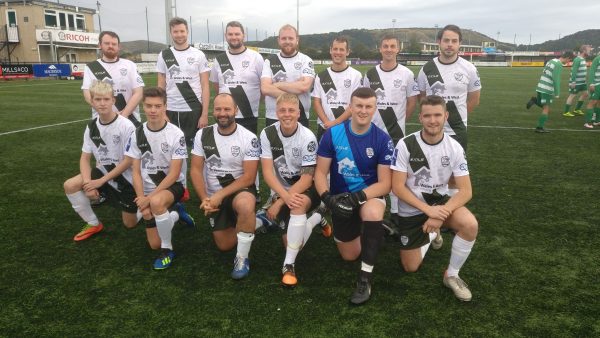 David or Dai to his friends was a great lover of football and would often been seen appearing at matches in our earlier years and joining in the odd training session. When in training he would be sat in defence passing advice to this writer of the dos and dont’s of a defensive player, something we are still passing on to our new players today. Dai even helped out in one of our tournaments by being a referee, not the easiest of thing to do but he was more than capable of completing this task. We are proud to have Dai as a life member of the Dragons and now this extra little touch of a trophy. 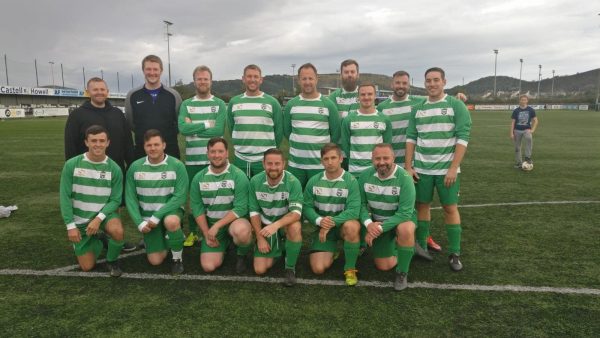 The weather for the day had been on and off driving rain and all of the players were gearing up for a wet and windy evening but the clouds parted at the sound of the whistle on kick off and the last light of the sun was shining down on the pitch of Llandudno FC. Playing in green and white hoops of the Celtic style, Thunder were quick to press the Dragons defensive line of Mat Gregory, Ste O’Neill, Dave Algieri and Luke Hughes taking multiple chances at goal and were unlucky not to be a few goals up if it wasn’t for the impressive save of James French. Thunder thought they had a an early goal in the first five minutes but was ruled out because of the new rule of players of the opposition not allowed in the box from a goal kick. The Dragons were a bit under powered up front for this match, players who can usually be found taking up defensive midfield roles were taking chances when they could as strikers. Mark Watson making his debut for the Dragons was showing pace on the wings and was showing good link up play with the midfield of Martin Anderson and Craig Berry. Merseyside would be first on the score sheet while finding space to move through the centre of the Dragons midfield. Not ones to rest on a score line, Thunder were quick to gain their second. The Dragons made some slight alterations to players positions and were soon seeing their own chances at goal. Rob O’leary was keeping his record of being the man to watch as he set up a couple of chances for the attacks to rush forward and covered when needed. Josh Brizell showed his pace and found himself cornered on a couple of occasions. A couple of substitutions later, Josh Turner was proving a nuisance to the Thunders defence and soon set a shot up for Dragons Co-Founder Gaz Roberts to take a first time strike which hit the former Dragons keeper Tom Thornton in the chest and he was able to collect comfortably.  A penalty was awarded for a handball in the last ten of the first half by referee Tony Howard. Martin Anderson stepped up to take the kick but the ball struck the bar and was put out quickly by Thunder. Harri Jackson making his 11 a side debut was unlucky not to have another penalty awarded shortly afterwards, the player closed down by two found himself squashed and Mersey broke out to make their way towards the Dragons goal but Josh Turner made a professional foul to slow the pace down. The resulting free kick struck the wall and the whistle was blown for half time. 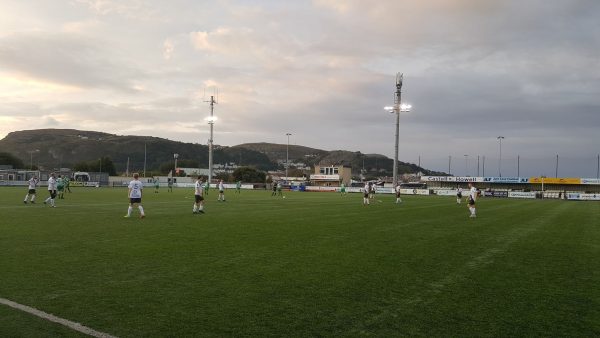 The second half saw a change to the Dragons formation to make more use of Harri’s pace in a striking position. Luke Hughes pushed up into the midfield while Josh Brizell took up a defensive roll. The changes made were soon taking the toll on Thunder who were beginning to show cracks in their impressive defence after another goal was not given this time due to the offiside rule. The Dragons first goal came to Craig Berry who has been on a scoring roll of late who found a space to run into and netted his fifth goal of the year thanks to an assist from Luke Hughes. While the inquest went on to what went wrong and who was to blame for the last goal, Dragons roared back into life and were constantly attacking. Ste O’Neill (Sponsored by Williams Denton) took charge and powered through the defence for his own defensive line, linking up again with Luke Hughes, taking the route one tactic the defender found himself one on one with the keeper and placed it to his right. The Dragons tried to push on from this but Thunder were quickly back on top when a clearance from the Dragons keeper was picked up and the ball was chipped over resting in the back of the net. With just minutes left on the clock the Dragons ended up with just three at the back while everyone pushed forward, a short pass gone astray would be our final undoing as Merseyside Thunder took their chance and finished the game off. Final Score, North Wales Dragons 2 – Merseyside Thunder 4 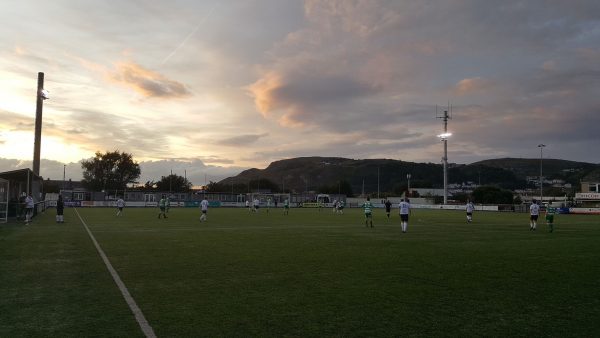 The trophy was presented to Merseyside Thunder after the match by Alun, the brother of David Jones who along with several of his family had come to watch what we hope was an enjoyable match.