The Welsh Hearts sponsored North Wales Dragons were in action this past weekend. Not on the familiar 3G turf of Llandudno, but away in Nottingham. Making use of the excellent facilities of Clifton Campus, the Dragons were in action against a whole new side in AFA United. The unknown opposition themselves had recently gone under a transformation and this would be their first challenge. The Dragons in their Exile sports made kit had brought a strong side on the 2 and a half hour trip and were looking forward to the match. AFA United in their strip of luminous green and grey looked to be a good organised set up with the team warming up thoroughly before the match. 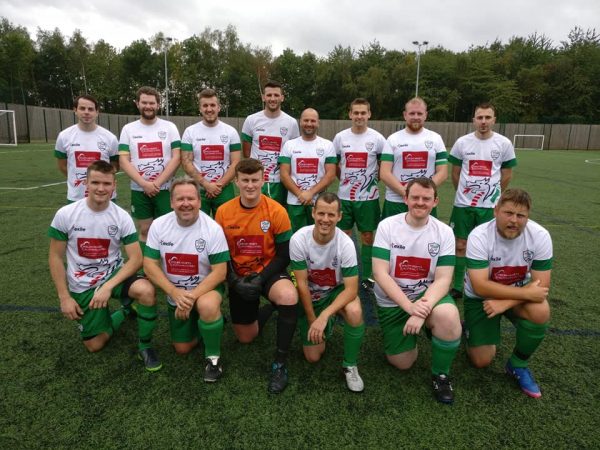 The Dragons, being captained for the first time by Josh Turner, were to kick off and were soon mounting pressure on the men in grey. Mat Gregory who opened his Dragons goal account in his last match was soon adding more, with a cheeky chip over an out rushing keeper. Wanting to keep the pressure on the Dragons were attacking quickly with a powerful midfield of Luke Hughes, Josh O’Connolly, Josh Turner and Mat Gregory making hard work for the opposition. Martin Anderson at the head of the midfield was causing havoc for the defence as he was springing the football to the attacking wings and the lone striker Tom King. This would lead to a goal by Tom who danced his way through the oncoming defenders and slotted the ball past the keeper. The Defence of Joseph Pitts, new boy James Roberts, Ste O’Neill and Stuart Howles were proving a brick wall to AFA United, if any player did get through the defence it would be stopped by either Luke Hughes running back in to help or the stopping power of keeper James French to grab the ball. Manager Phil Jackson soon found himself on the pitch and was quite happy stopping challenges and even venturing forward to have a shot on goal. The Dragons were to go in at half time 1-2 up after an unfortunate own goal which came off the head of one of the defenders and looped over a stranded keeper.

The second half brought changes for AFA as they looked to sure up their formation, a lot more defending was needed by the Dragons and the quick out breaks using both Mat and Josh O’Connolly were proving the way forward for the Dragons. Rob O’leary in his much favoured position of a central midfielder was soon getting in on the action laying off a superb ball to James Roberts who found himself up from defence crossing the ball to the feet of Joseph Pitts who beat a few more players and placed the ball into the back of the net. Tom King unfortunately had to go off due to a tweak picked up in the first half but this was not until he tested the AFA keeper from distance, only to be stopped by a wonder save. Not to be outdone by the saving skills of the home team, our very own keeper James French pulled of an equally spectacular save tipping the ball over the top of the bar. Co Founder of the Dragons, Gaz Roberts found himself returning to a striker role for the first time since the away match at Sheffield and was looking to make his mark on the match soon after coming on but an offside trap paid end to his chance, but James Roberts would soon find himself up from defence again with another superb pass to Joseph Pitts who was waiting for an easy tap in making the final score, Afa United 1 -North Wales Dragons 4 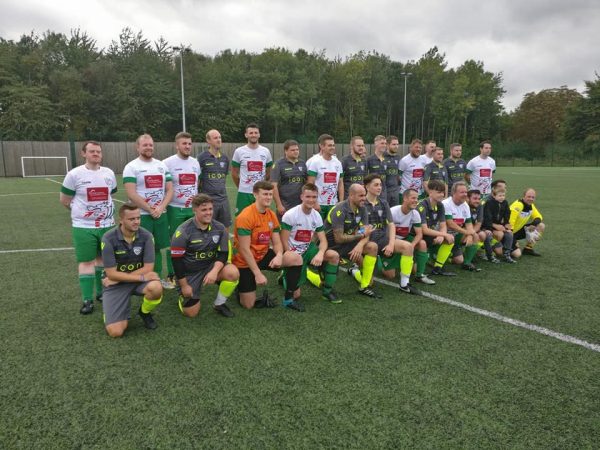 After the match both teams gathered for a photo showing the true spirit of the game and what community football can do to help charities in funding and awareness. Huge thanks to AFA United, we look forward to playing them again in the future and have an invitation to come and play us on the coast any time.

Team for our match against AFA United –