North Wales Police kindly invited the Dragons to a friendly match on Sunday as they continue to build on a very succesful tournament in aid of Care of Police Survivors. The Dragons were struggling after the tournament where several injuries were picked up through the day and calls coming in just before midnight the day before the match with another injury to our first choice keeper and illness to one of our central defenders meant that the Dragons were going to be in for a tough day. 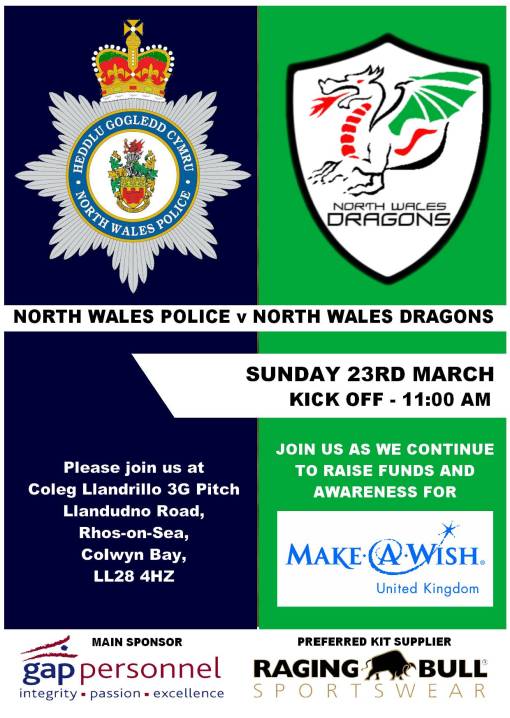 Thankfully a couple of players jumped at the chance of being part of the Dragons team and were kind enough to give up 90 minutes of their time. We started the match in our Raging Bull made GAP Personnel sponsored kits on the caged 3G pitch of Llandrillo college. Being on the coast the wind wrapped around making the long ball available for one side only. With in the first 5 minutes the Dragons had an injury to the left back who said he could run it off but it was soon apparent that would not be the case. The police attacked with power and precision and soon found the net after several great saves from keeper Billy Lee. The half time whistle brought the game to a halt with the score at 5-0 to the police. 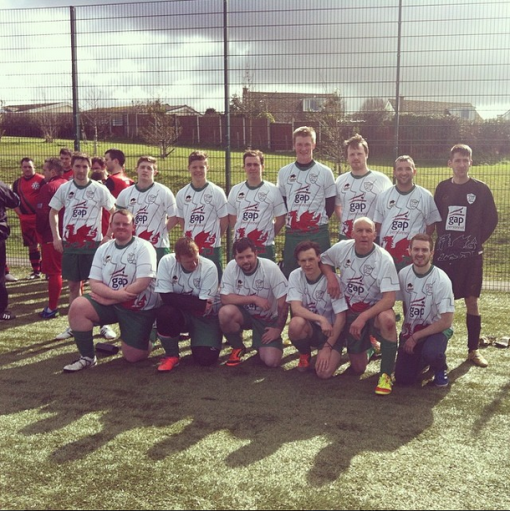 A quick  change around and the Dragons were now facing the wind taking our long ball option away. The men in red were quick on the attack again, bursting forward with great speed they soon found the net again. The Dragons were now playing a formation of 4-4-1-1 with concentration being shown to the midfield and trying to stop the police attack. The final whistle blew with the score North Wales Police 8 North Wales Dragons 0. A very tough match for the Dragons but as we are raising awareness and funds for Make-A-Wish UK it is all worth it.

We would like to thank the Police for the match and we look forward to playing them again in the near future.